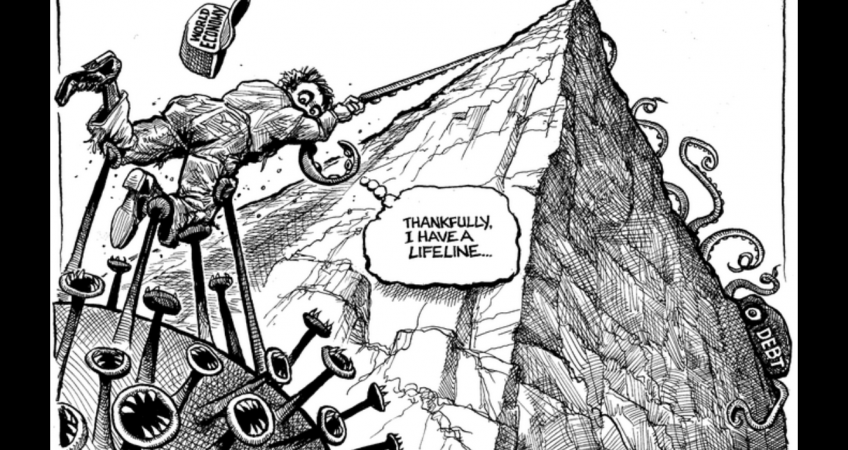 Let’s be clear from the onset: the current market is not a market. Confusion is king between liquidity and solvency. On purpose, Governments have been lavishing money to prop up market valuations. This was necessary to avert the systemic crash we were approaching at breakneck speed in Mar20.

Good news, this is playing the trick. Volatility has come down, and calm has been restored to the credit markets for now. This helped investors look past the dreadful economic data of high unemployment, and crashing economic activity in 2Q20.

Now, they’ve probably been indulging too much on the sugar during this period, and may wake up to very different fundamentals. Granted, consumer confidence may be jumping back to normal with a vengeance, but more businesses and households would default by then. Moodys expects global high-yield default rates to rise to 13.4% in FY20 from 3% in FY19. This would be a normal function of the suspension of activity for a few months, the sanity cuts in capex in an uncertain environment, and an acceleration from the cycle of businesses logically bound to die of old age. Think of the reality of offline retail, car dealerships, and oil drillers in 2020. Liquidity doesn’t mean solvency.

For Governments, the world splits in two. Those who can prints reference currencies, the US in #1, and the others. Emerging markets have been depleting USD reserves quickly since the latest crisis, and would fall prey to weaker balance sheet and eye-watering debt levels they can’t afford. Banged-up EM assets are an opportunity not to miss or a value trap? Time will tell.

As for markets, the fact that 5 stocks single-handedly led the US market in early Apr20 has given way to a broader rally encompassing severely beaten-up stocks in financials, small caps and discretionary consumption. This is usually a sounder sign of a market rally.

However, we still believe that the rubber will need to hit the road in the short-term. Hopes of a vaccine, or easing the lockdown have been talked up a bit too far. Somewhat, it is also a matter of survival for our species to see the glass half full sometimes. And this is probably all the hope we need to climb back from the abyss we’re in.