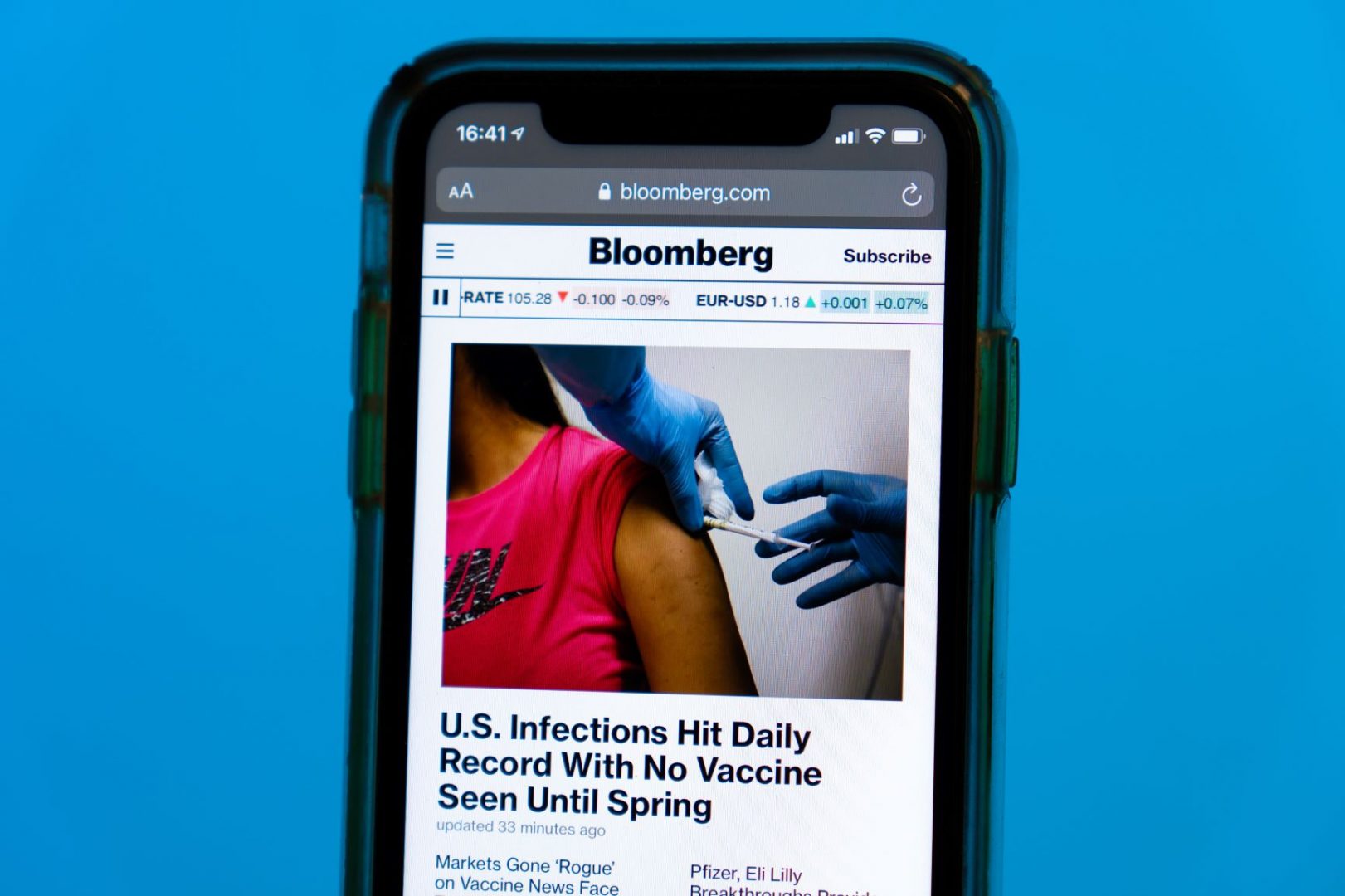 Figure out that the S&P500 is up about 9% month-to-date in November, and it principally owes this performance to Pfizer’s vaccine announcement. The world pretends that its single worry is the covid19, while in fact this may well be the self-inflicted measures linked to covid19.

The news of an efficient vaccine is indeed of prime importance. Granted, covid19 is not the flu, as it has so far killed 10x as many people than the latest flu season in the US. Vaccination could probably save 90% of the otherwise casualties. Mass vaccination could hopefully and realistically be ready for winter 2021-22, a year from now. What do we do until then?

Hospitals are nearing capacity saturation in zones where covid19 has been the most virulent. As reported by HHS Protect Public Data Hub in latest November dataset, percentage of occupied adult ICU beds are critical in North Dakota (94.5%), Mississippi (91.7%), and Rhodes Island (90.4%), compared to 50% in Massachusetts. This contrasted situation reflects the varying covid measures depending on States, and highlights that a country’s strength against the virus is only a function of its weakest link. It goes the same for the population.

The problem is twofold: preventing people from dying, and avoiding saturation of hospitals that could have disastrous consequences on the treatment of other emergencies, and yet lead to even more deaths. The issue is in fact deeper: (1) mortality is the ultimate measure of the development of a nation, (2) this is immoral to let people die without trying to save them.

Who dies? Fixing the weakest link becomes the priority. People above 60 and with pre-existing conditions should stay at home with maximum care. This should normally decrease lethality and tackle our morality conundrum.

In turn, mortality rate matters as a measure of development insofar as we’re measuring infant mortality. Here it’s far from the case, as children are even considered the more naturally immune to the virus. What should, however, gauge the development of a nation is how quickly it sets the economy back on track. As long as governors would not allow the 80% people less at risk of ending up in hospitals to rekindle production, consumption and life, they would be failing their mandate.

The rebound in the markets on the vaccine news is only justified if they start acting this way now.