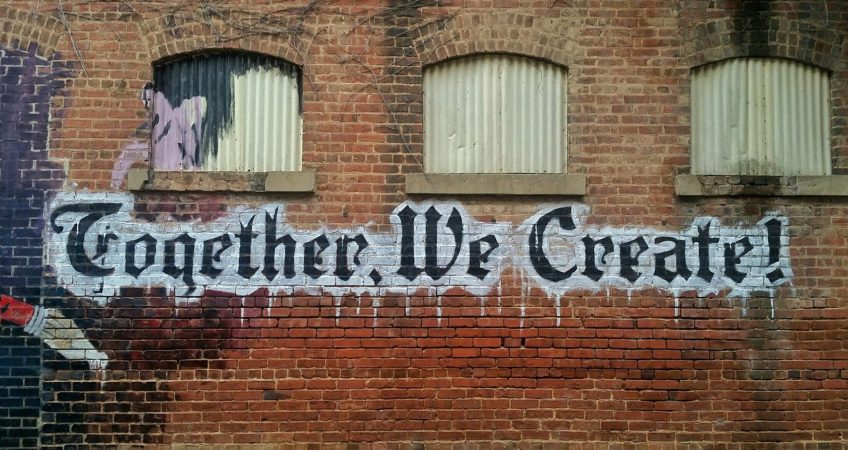 How do you build consensus and engagement? Don’t demand an opinion but suggest that there is no permission requested to contribute. Make sure that, once given, the opinion is acknowledged and represents a proportional share of voice. Finally, give an incentive for participating. While doing so, make sure this process is not controlled by a centralized party, rather shared among all the parties involved, for greater transparency and trustworthiness.

In an era of great distrust for centralized governing bodies or corporate, achieving a higher dose of decentralization holds the key to people’s engagement. What we’ve described here, is what blockchain does wonderfully, and that’s why everybody and her sister want to adopt it with a sauce of their own tasting.

Be no fool though, people mostly contribute because they have an incentive to do so. Something that either fuels the ideas they believe in, increases they sentiment of belonging, or improves their wellbeing. At larger companies, it seems that financial incentives come before passion for the purpose. However, this relationship tends to reverse the smaller the firm is. What’s the balance then?

It’s better to imagine a firm like a network of independent, yet-related, nodes. Each node has its own purpose and small-enough of afficionados with the right incentives for success. More often than not, such initiatives are arm-strung by the over-willingness of leaders who far too often see themselves as the fathers with a responsibility to guide and sometimes dictate. A DAO (Decentralized Autonomous Organization) is their solution.

Can any company suddenly embrace decentralization? Most probably not, the same way any crypto organization first starts with a fairly good dose of centralization, step-by-step releasing governance to the wider audience of their supporters. Most companies drop equity (for Dao it is governance tokens) onto their employees and other stakeholders…but to what aim, if only financial? Indeed, there is no way offered to stake those rewards toward the causes that count for each individual in the ecosystem. DAOs powerfully make this possible, thus improving consensus and engagement. Decentralization is the future.